Sometimes it’s crazy to think about how much time has passed in this gaming hobby. I can’t believe that it’s been almost 20 years since Supercade: A Visual History of the Videogame Age 1971-1984 was released in 2001. It seems like just yesterday that I brought it home and had it sitting prominently on my coffee table, to be frequently perused for at least the next year or two. How much stuff has happened in the world of videogames since then — heck, how much has happened in the world in general since then?!

Supercade, by Van Burnham, is itself an examination of the first significant span of video game history, from its inception as an experiment, to a new entertainment medium, to its golden age, and ultimately to the era of the industry crash in the US. A highly-respected tome amongst game fans and historians, Supercade runs well over 400 pages and is absolutely packed full of information amidst its vividly colorful layouts.

And now, in a new chapter in the history of video game…uh…history, Supercade is getting a sequel. Supercade: A Visual History of the Videogame Age 1985-2001 has just been successfully funded via Kickstarter (full disclosure: I’m a backer), and promises to pick up right where the original volume left off. So I thought now would be a perfect time to revisit the first book, to suggest to us what we can expect from its successor. END_OF_DOCUMENT_TOKEN_TO_BE_REPLACED 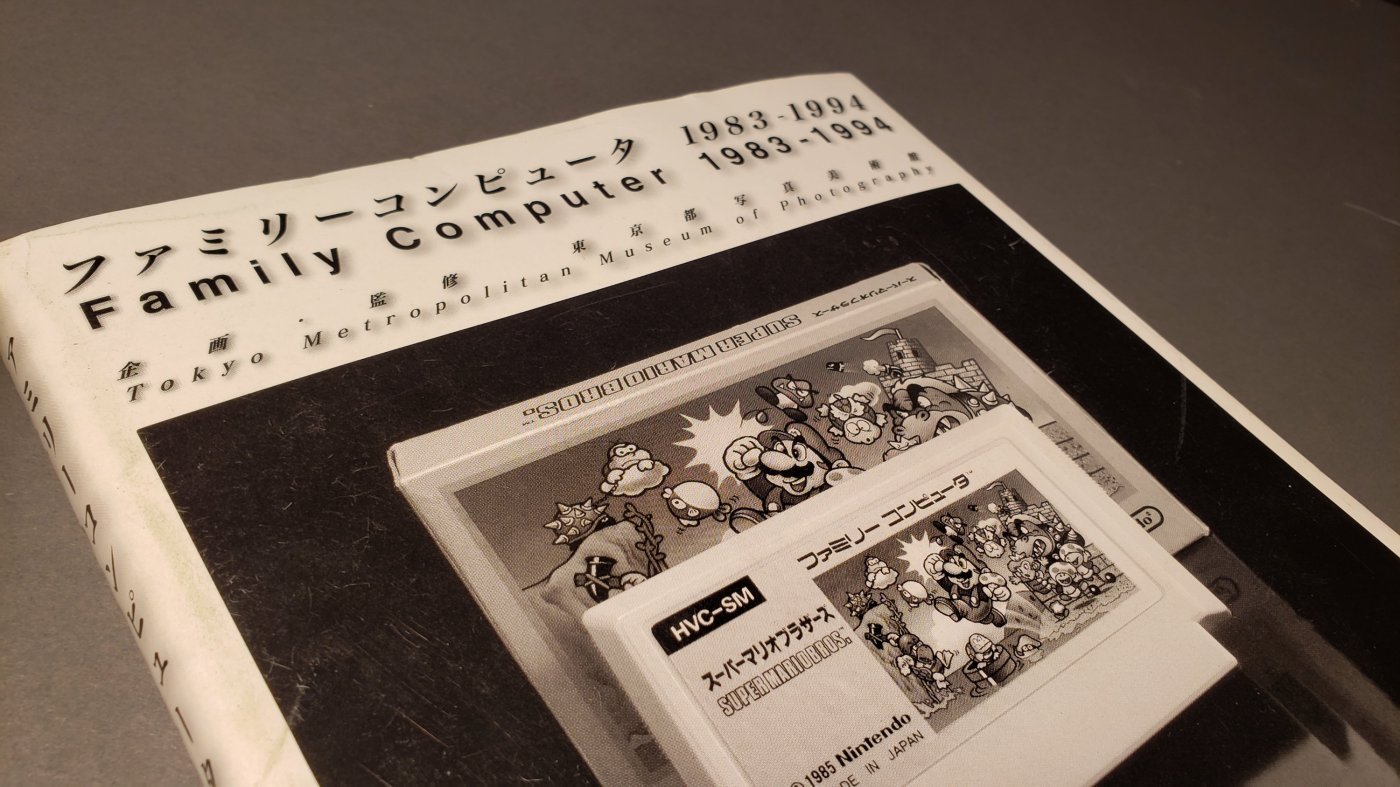 Even after all these years of being a gamer, this journey of research and learning about them still fascinates me as it leads me through various paths and I find myself arriving at information, games, people, or items I’ve never encountered before. Such is the case with the book I’m looking at today: a Japanese tome entitled simply Family Computer 1983-1994. END_OF_DOCUMENT_TOKEN_TO_BE_REPLACED 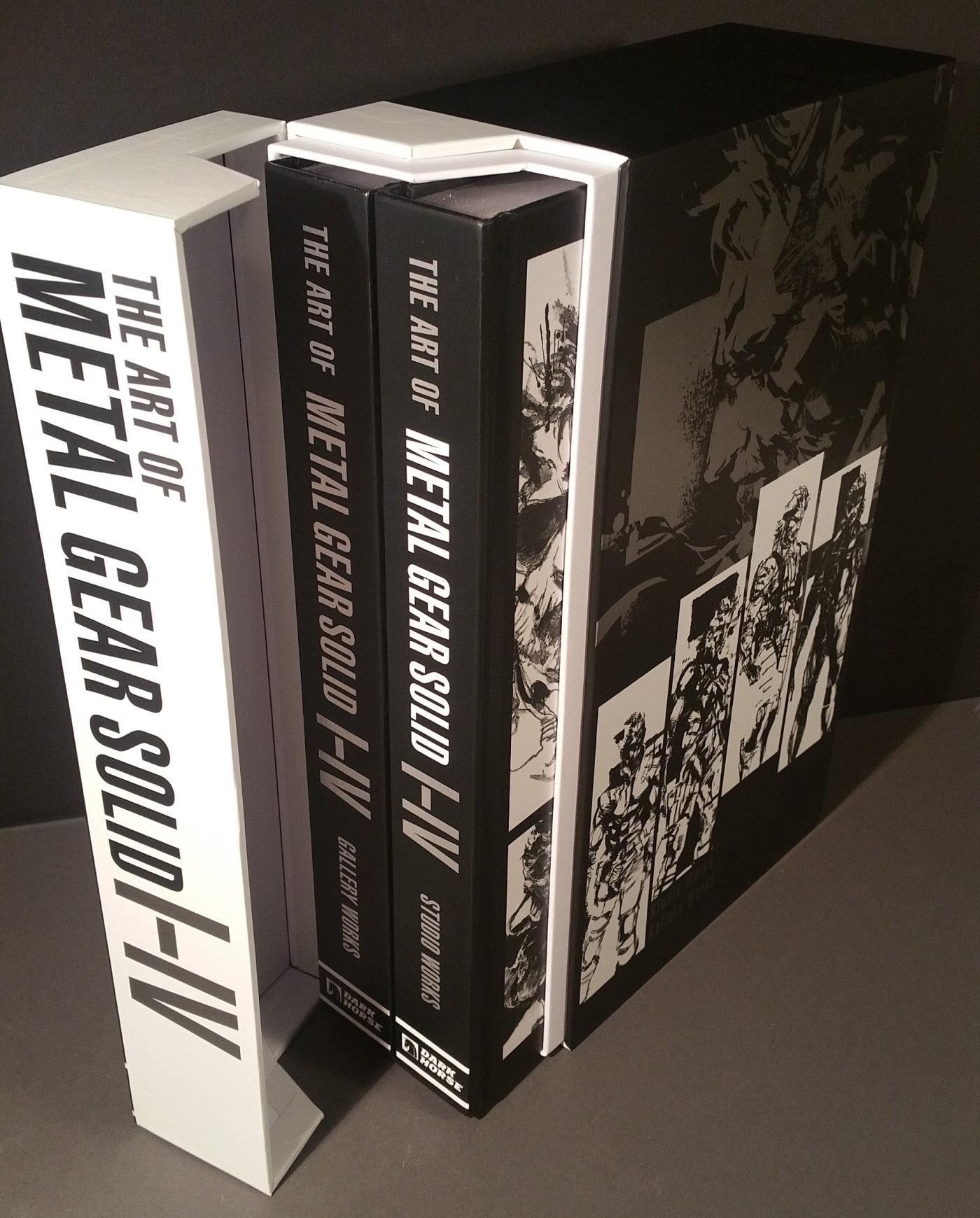 I’m a huge Metal Gear nerd. I’ve played almost every game in the series (except for MGS Touch, MG Survive, and the one time I got a chance to play Metal Gear Arcade, I couldn’t figure out what the hell I was doing), have beaten all the main series games (from Metal Gear on MSX all the way through Phantom Pain) and a couple of the spinoffs, and have a small collection of Metal Gear swag. I even have a Fox Hound logo tattoo! (The one from Metal Gear 2: Solid Snake, the same one that Meryl Silverburgh has in MGS1.) So it should come as a shock to absolutely nobody that when Dark Horse released this double-volume boxed behemoth called The Art of Metal Gear Solid I-IV, I had to have it. END_OF_DOCUMENT_TOKEN_TO_BE_REPLACED

END_OF_DOCUMENT_TOKEN_TO_BE_REPLACED

Here’s a really unusual book in my videogame library: it’s called Credit 00: I Love Game Graphics, edited by Tsuyoshi Kusano and published by All Rights Reserved in 2003. It’s artsy and weird.

END_OF_DOCUMENT_TOKEN_TO_BE_REPLACED 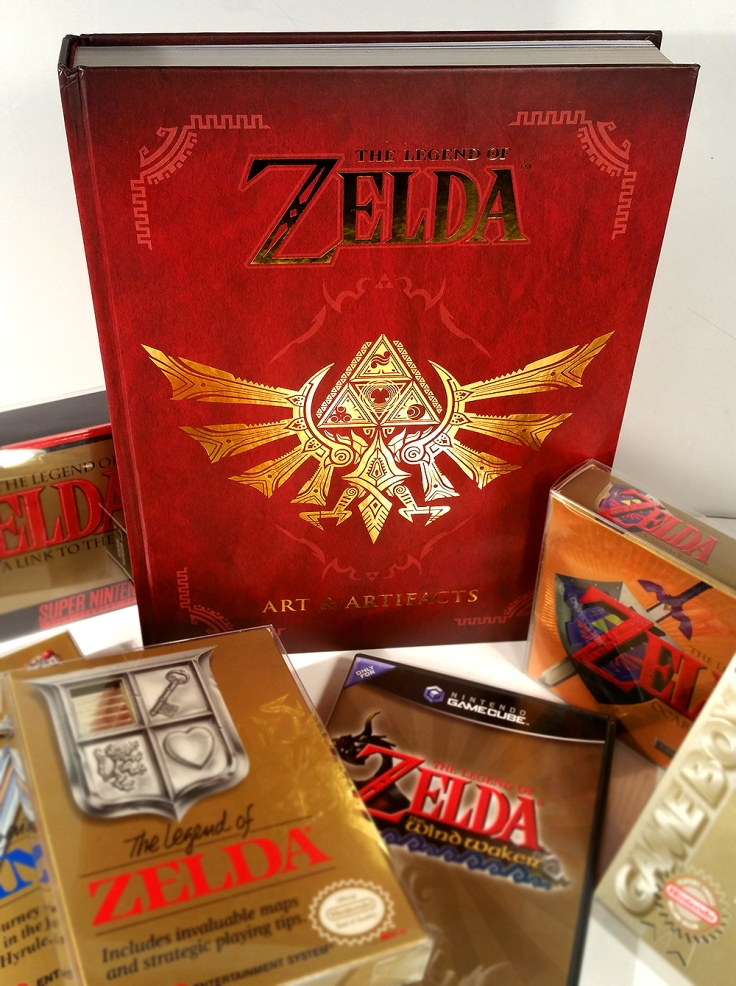 I didn’t buy the earlier Zelda book, Hyrule Historia, the English version of which Dark Horse had also published in the US. One of the main reasons that book had originally piqued my interest was because I had hoped it would contain some of the old instruction manual artwork; and it did, but it was reproduced at a very small size.

Enter Art & Artifacts: A tome of nothing BUT the official, original Legend of Zelda illustrations. I still wasn’t even sure I was going to pick up this book, until I saw it at Target for $27.99. When I grabbed it, though, and realized it was a massive volume boasting over 400 pages, it was a no-brainer. Although I must say that by page 15, it was already worth my money. END_OF_DOCUMENT_TOKEN_TO_BE_REPLACED