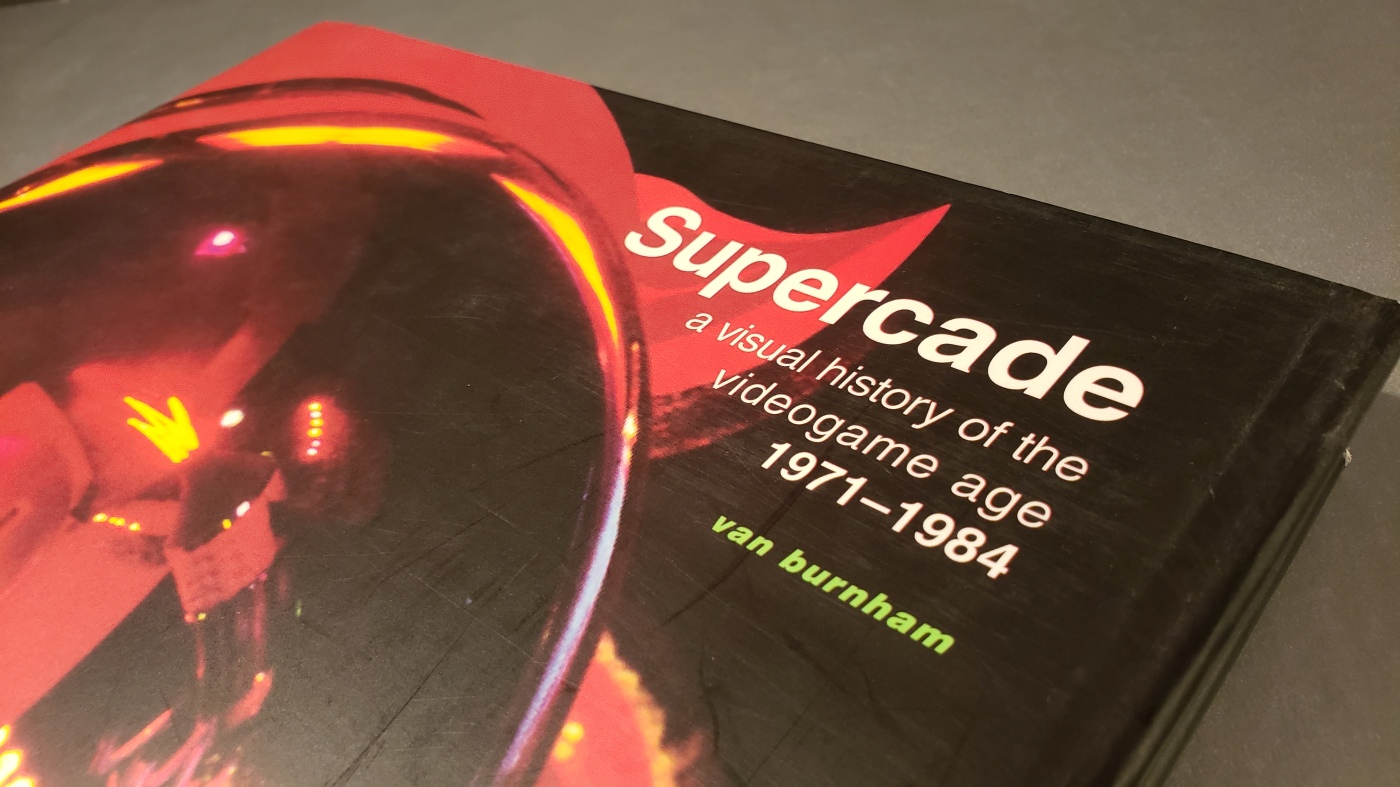 Sometimes it’s crazy to think about how much time has passed in this gaming hobby. I can’t believe that it’s been almost 20 years since Supercade: A Visual History of the Videogame Age 1971-1984 was released in 2001. It seems like just yesterday that I brought it home and had it sitting prominently on my coffee table, to be frequently perused for at least the next year or two. How much stuff has happened in the world of videogames since then — heck, how much has happened in the world in general since then?!

Supercade, by Van Burnham, is itself an examination of the first significant span of video game history, from its inception as an experiment, to a new entertainment medium, to its golden age, and ultimately to the era of the industry crash in the US. A highly-respected tome amongst game fans and historians, Supercade runs well over 400 pages and is absolutely packed full of information amidst its vividly colorful layouts.

And now, in a new chapter in the history of video game…uh…history, Supercade is getting a sequel. Supercade: A Visual History of the Videogame Age 1985-2001 has just been successfully funded via Kickstarter (full disclosure: I’m a backer), and promises to pick up right where the original volume left off. So I thought now would be a perfect time to revisit the first book, to suggest to us what we can expect from its successor. 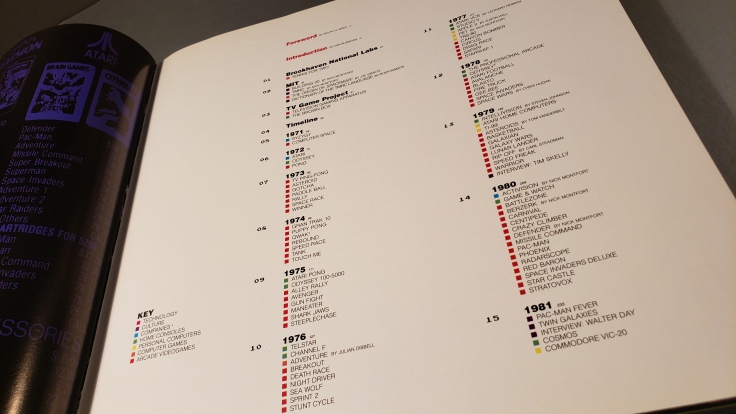 Supercade starts all the way at the beginning, with Willy Higinbotham himself and his oscilloscope game Tennis for Two, widely regarded as the first video game ever created.

As any gaming historian might expect, the narrative moves from Higinbotham to Spacewar, to Ralph Baer (who also wrote the foreword to the book!), to Nolan Bushnell et. al., and then we’re off to the races.

Splashy design work accompanies the wealth of information conveyed within, bringing back swells of nostalgia for us older gamers, and fully immersing younger fans in the aesthetics the past.

Despite the title of Supercade, both arcade and home video games are covered.

Not going unnoticed by myself is a strong representation and appreciation of laserdisc arcade games, making me happy that author Burnham is a gamer after my own heart.

Interviews with legendary game creators flesh out the story from those who were there in the trenches.

The overall culture of gamer life is woven through the facts and interviews, bringing life to the data and showing how gaming impacted fans back in the day. I was thrilled to see an essay on the game show Starcade (which, at age 8, I ranked as my very favorite TV show, and dreamt of appearing on myself), written by an actual contestant who was on the show.

Supercade is a perfect primer to everything you need to know about where your favorite hobby came from. Looking through it again for this blog post, I actually had forgotten just how much content was in this book, and now I feel the need to read through it again.

While Supercade is still available in softcover, unfortunately the hardcover edition is long out of print. I luckily bought mine brand new back in 2001 or 2002 from a small independent bookstore on State Street in Madison, Wisconsin, and have been meaning to do a blog post on it since I started Retro Game SuperHyper. 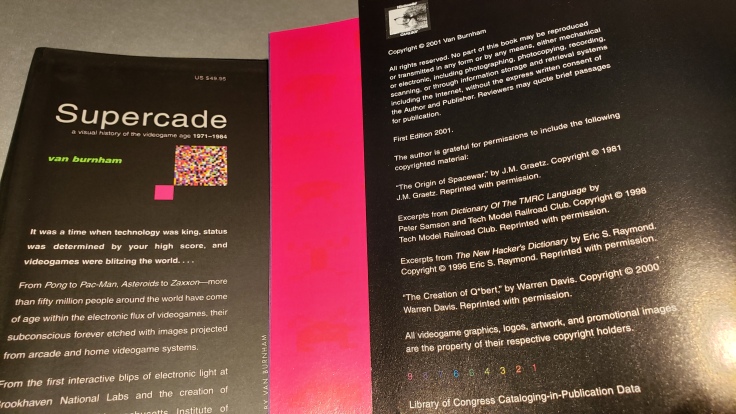 Take a look at the Kickstarter page for Supercade 1985-2001 — although the campaign has ended (I meant to post this while it was active, but things happen, and sometimes other things don’t happen, and, you know, stuff), I don’t know if there will be any slacker-backer opportunities. The new book is available to preorder at the Supercade website.

Meanwhile, get yourself a copy of the original book and get caught up before the new one drops in 2021! And follow the Supercade project here: