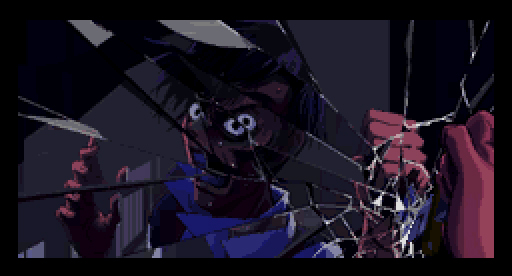 Well, here’s a quick post just to mention that I’ve finished playing the English fan translation of Famicom Tantei (Detective) Club II. Released on the Nintendo Power rewriteable cartridge format for Super Famicom, it’s a remake of Famicom Tantei Club II for the Famicom Disk System, with all updated graphics and music, developed by Team Shikamaru of Nintendo’s R&D1 division, whom you may be familiar with from Super Metroid.

The English fan translation is playable via emulator or repro cartridges available from a number of sources online. I played it on an emulator so as to take advantage of save states, but I would love to have it in a physical format. 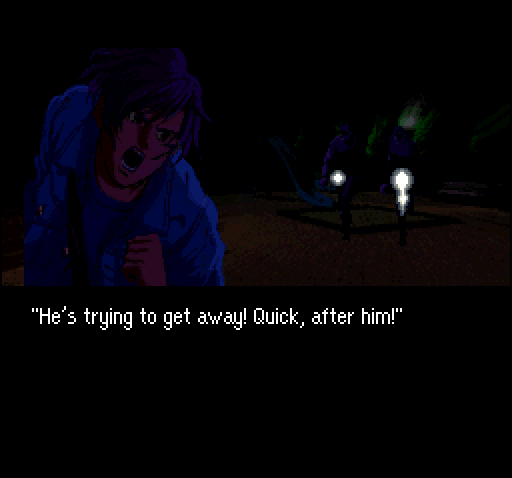 If you like these types of point-and-click adventure games, like Snatcher, this fits the bill nicely. The graphics are excellent, and although the animation is limited, it’s very fluid. There are a few larger scenes with more complex movement, but overall it’s pretty static environments with talking heads. The challenge level is almost nonexistent, with thorough clicking-through of the menus being the only real strategic approach. I would have liked to see either some sort of inventory/item usage to give it more game-like interactivity, or maybe have the narrative punctuated with a few scenes of conflict: something like the shooting scenes in Snatcher and Policenauts, or the fight scenes in Galaxy Fraulein Yuna, where there is at least a little bit of real-time action/interaction. Without any such events, a game like this amounts to little more than a visual novel. Which is okay too, I just felt like it could have been a richer experience with a little more fleshed-out gameplay.

Overall though, I’m very happy to have finally played one of the FTC games after so many years of hearing about them. If it were possible to translate the first game in the series, I’d love to play that too.