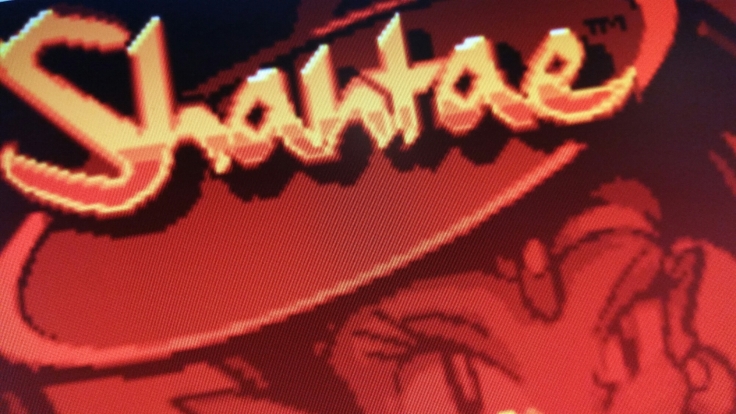 Shantae is a series I’ve been wanting to check out for a while now. With the recent Limited Run physical releases of the last two games in the series popping up in my Instagram feed a lot, and the new entry Half Genie Hero coming out in a couple weeks (and looking really cool, like I need to play it), I got the bug to finally take a look at this little platforming franchise.

So, I thought what I always think in this situation: I’ll start at the beginning. The original Shantae was a Game Boy Color game, released in 2002. I’ll just pick up a used copy of the game and have at it, I thought.

So I searched for it on ebay.

So that’s a negative, then.

With loose carts fetching over 300 bucks and CIB approaching Keio Flying Squadron price levels of nearly a grand, an original release is out of the question. Guess I’m kicking myself a bit for not jumping on this way back when it came out and I heard it was good, but who could have guessed?

Well, there’s always good ol’ emulation, and in this case, I feel pretty justified in doing so. I’ll always opt for an original release first and foremost, but when I hit the wall that quickly and that hard, I’m left with little choice if I want to experience a game.

So here I am, playing Shantae on my PC. I’m not even anywhere into it and it’s already fun and super charming. The music is great, the character designs are really appealing, and the animation is awesome. I love the way Shantae’s ponytail swings back and forth and her bangs bob as she walks, and her steps are right in time with the music, making it engrossing just to move about the level. While not really a “retro” or “classic” game having come out in 2002, it definitely has traditional ’80s play mechanics that allow it to settle in nicely with games of the classic era. I’m hoping to play through this and maybe pick up the new one when it comes out, then possibly go back to the middle two games on Steam or PS4. I’ll keep you posted!