Much like when I wrote a little about the PC Engine at 30 or the Famicom at 35, I’m not here to give a history of the Mega Drive, which you can find anywhere, but I will bore you with some of my favorite things about the console.

First and foremost, the industrial design of the Mega Drive itself might be my favorite hardware design of all time. And thankfully, it’s the only console of its generation that was not redesigned for the US market — the Super Famicom and PC Engine both got less-attractive makeovers (makeunders?) when they came overseas, but not the Mega Drive! It just looks like a powerful video game console — not like a high-end piece of stereo or video equipment, but also definitely not a toy. It looks like a machine that plays sophisticated video games. I remember seeing it in a magazine for the first time, and being a bit confused because I thought the circular portion might flip open for CDs, like the PC Engine CD-ROM. I love the on-board volume control right by the headphone jack, the little bit of venting on the left side, and the large proclamation of “16-BIT” on the top, to let you know what’s under the hood, much in the same way a Dodge Charger might say “HEMI” on it. The contrast of circular and angular elements in the design is very appealing and does recall a little bit of automotive design to me.

Although the Mega Drive statistically didn’t fare very well against the PC Engine or Super Famicom in its home country, I still feel like the Mega Drive is a distinctly Japanese machine. One thing that really struck me when I first saw the Genesis in action were some of the title screens with their big kanji logos. 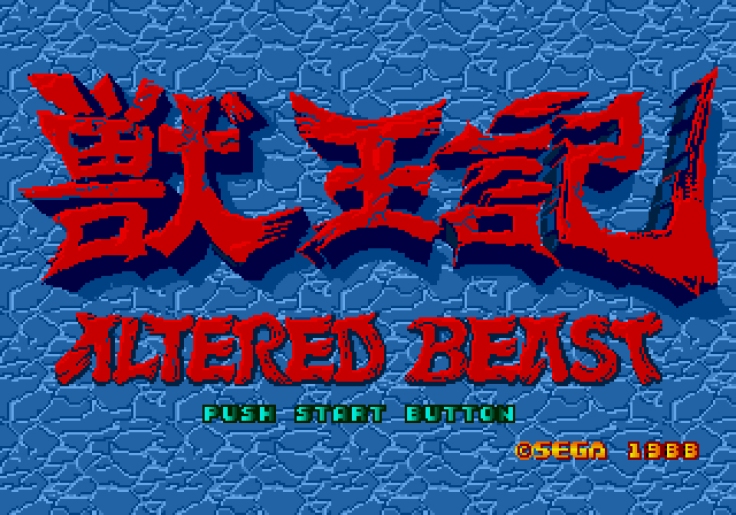 I always thought that was so stylish and cool. In a time when Asian-themed games were being localized into more “Western” styles for US users, such as trying to re-identify Kid Niki as a “punk” or changing Saiyuki World 2 into “Whomp ‘Em,” the Genesis was never afraid to wear its Japanese heritage on its sleeve, probably catapulting a whole generation of gamer kids straight into their future status as total weeaboos.

And as those kanji logos slammed or swirled onto the screen, the hardware was pumping out badass synth music using its Yamaha FM sound chip, with real drums and lots of bass — like nothing we had heard before from a home console. It was a real revelation and the boldness of the sound and visual (SHOCK!) was the first inkling I had that the arcade games were really starting to come home.

Then there was the look of the software library: I’m a sucker for cartridges in plastic clamshell cases — I just love the aura of quality, the durability, and the nice, uniform look it gives to a shelf full of games — and while some Famicom games had been packaged that way, the MD was the first console to make it a standard. The Japanese Mega Drive game cases tended to look much nicer than the US or European versions, too. First-party Sega games, especially, often had gorgeous, full wrap-around artwork, placing more emphasis on the art than on screenshots or written copy, and unencumbered by all the boxes and backgrounds and extraneous design elements that, in my opinion, aesthetically restricted the Genesis versions. Altered Beast, again, is a great example, and ranks very highly on my list of all-time favorite pieces of key art for a video game. 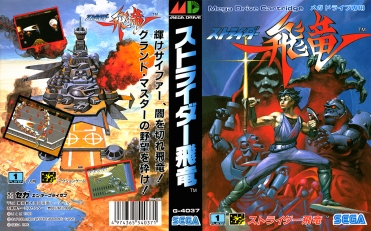 Many other games had color-bombs of anime artwork adorning their cases, especially Telenet/Wolf Team/Renovation titles like Valis, El Viento, and Gaiares, which would be redone for the US releases in a less-stylish and often disappointing fashion. 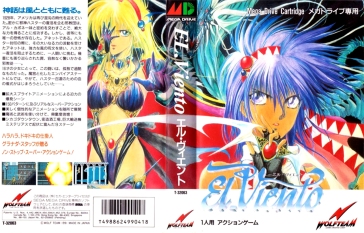 Even Konami’s Contra Hard Corps — whose US cover art was pretty good — had cool anime-style cover art which, I think, fits the game a little better. 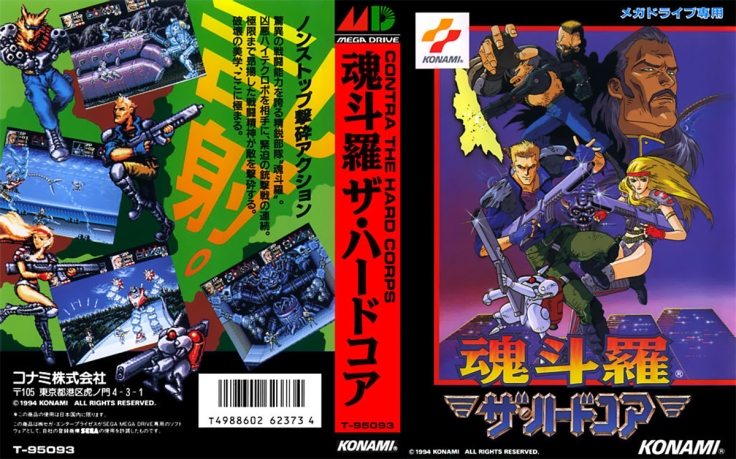 And to drive home the point of just how rooted in Japan Sega’s 16-bitter was, do you remember the trick you could do to turn your US games into the Japanese versions? It’s true! Some original US cartridges included both the US version and the Japanese version on the cartridge. Insert a game such as Altered Beast, turn the Genesis on, take the cartridge out, put in Revenge of Shinobi, press reset, and you would be greeted with the Japanese version of the game, The Super Shinobi. It also works for Ghouls ‘n’ Ghosts, turning it into Daimakaimura, and maybe a few others. As you can see below, it even works on a JVC X’Eye!

Of course, I must warn you to try it at your own risk, and that I’m not responsible for any damage you may cause to your console. But it actually works, and is a fun piece of Sega lore!

Of course, the Mega Drive would go on to introduce one of the most famous and iconic game characters of all time in Sonic the Hedgehog, the MegaCD/SegaCD, which I have lavished much praise on before, and was one side of a bitter console war in the US. It may have come in third place in Japan, but in the US and especially Europe and South America, it was a juggernaut, and retains its massive popularity amongst retro gamers to this day.

So happy birthday, Sega Mega Drive! We love you!

…Oh yeah — we should probably talk about some games too, right?