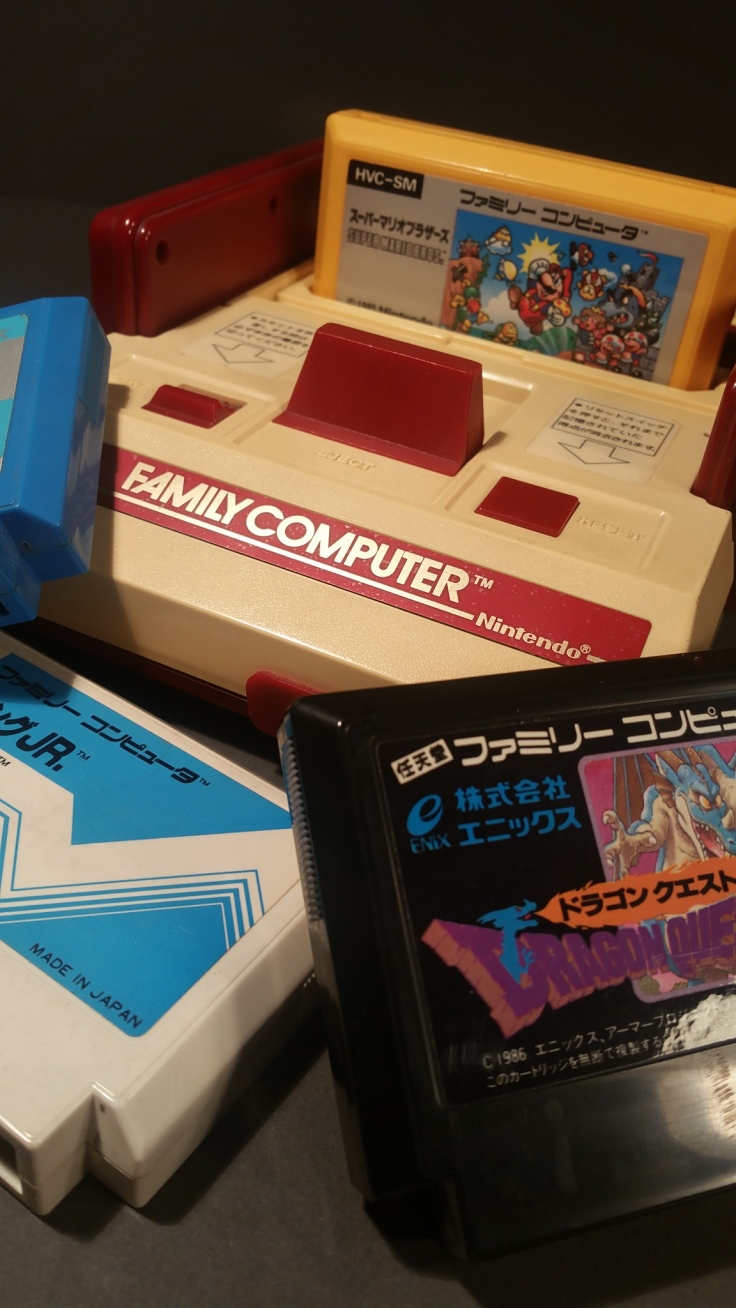 Everybody knows it. Everybody loves it. The Nintendo Family Computer was quite possibly (quite probably) the most significant video game console of all time. (For my friends who aren’t really gamers and are just reading my blog to be supportive, the Famicom is the game system that we know better as the NES, or the “original Nintendo.” Thanks for reading!)

So rather than rehash history for the billionth time, and because everybody is probably writing about the Famicom today, maybe I’ll just offer a few fun facts and observations that I find interesting in honor of the Family Computer.

+–.. When the Famicom was released in Japan in 1983, the newest game console here in America was the Colecovision, which made lots of gamers happy with what was, to us, the best home version of Donkey Kong. Imagine if we had seen the Famicom version of DK that they had in Japan at the same time! While still missing a stage and some details, the FC Donkey Kong was so much closer to the arcade version than the Colecovision edition that it would have blown my 8-year-old mind.

+–.. I got my Famicom in 1996 from someone on one of the Usenet groups I used to visit, either rec.games.video.classic or rec.games.video.collecting, with 11 games (most of them CIB) and a sweet ASCII joystick for, I believe, 40 bucks.

+–.. The longest-running video game magazine in Japan, Famitsu, is still named after the Famicom (remember, Famitsu is a portmanteau of “Famicom Tsushin,” or “Famicom News”), not changing its name even after five console generations have since passed, and the publication’s news hasn’t really been about the Famicom since the early 1990s.

+–.. In my personal experience, the best way to use an original Famicom (that is, an RF-out only model) on a US CRT television is to put the Famicom’s channel switch on 2 (whereas US RF-based game consoles had a channel 3-4 switch, Japanese units had channel 1-2) and turn your TV to channel 4 or 16. I also always got good results by using a Sega Genesis RF cable instead of an original Famicom RF. 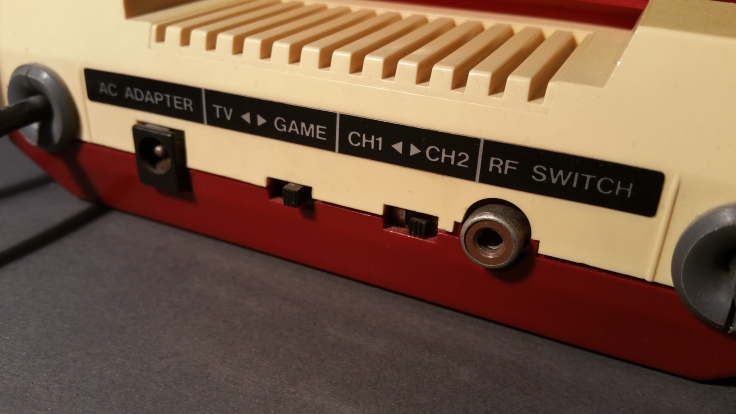 +–.. The Famicom came with an instruction manual in the form of a manga, or comic book, called “Kore ga Family Computer da!!” (“This is the Family Computer!!”). It taught users how the console and the cartridges worked and explained the basics of CPUs and ROMs. It’s pretty great! Later, the Famicom Disk System would also come with manga instructions. So anyway, happy 35th, Famirii Konpyuuta. We all love you. Everybody fire up some 8-bit goodness today to celebrate.

What do YOU love most about the Famicom?