Jesus: Kyoufu no Bio-Monster is one of those games I’d always heard about in “weird Famicom games from Japan” lists — you know, just mentioned because it was called “Jesus,” and then glossed over to talk about the next game in the list, which was probably that impossible-to-finish Takeshi’s Challenge game or whatever. But I never really looked into what the game actually was, until recently. And when I did, I got pretty excited and dove in headfirst.

Let’s get the main thing out of the way first: this is not a game featuring Jesus Christ. In fact, it has absolutely nothing to do with Jesus Christ. The “Jesus” in this game is the name of a space station, and that is the end of the use of the name Jesus. 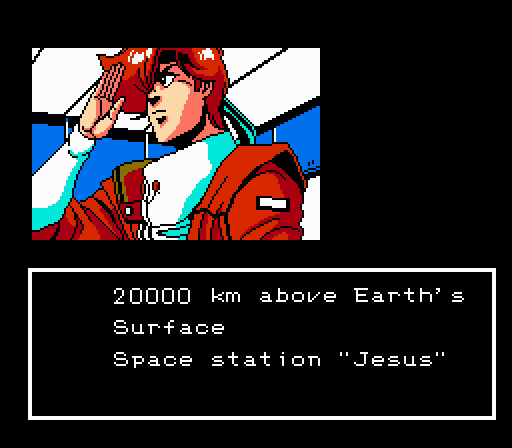 Actually, this is a sci-fi menu-driven graphic adventure game. Love Snatcher? You’ll be right at home! 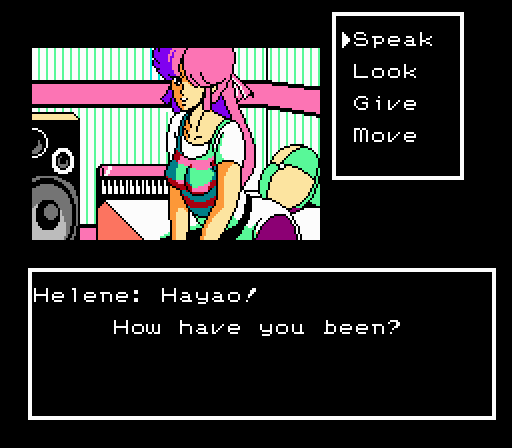 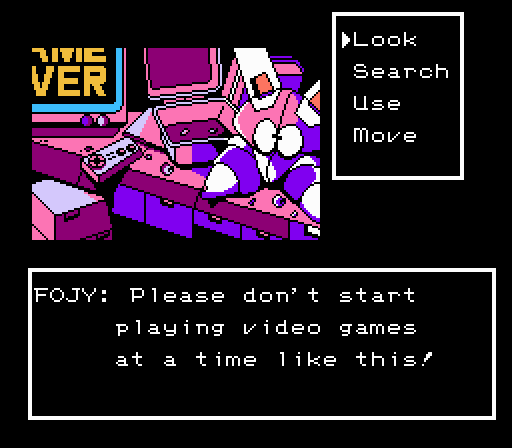 Developed by Chunsoft, and originally released on multiple computer platforms such as the PC-8801, MSX2, and a couple others, and then ported to the Famicom, Jesus is the story of a crew of explorers who are on a mission to research Halley’s Comet. While examining samples of the comet’s gaseous tail, an alien creature is discovered in the gas which quickly grows and begins to kill off members of the crew. As Hayao, you must investigate the scene of the alien’s attack and bring back any survivors. 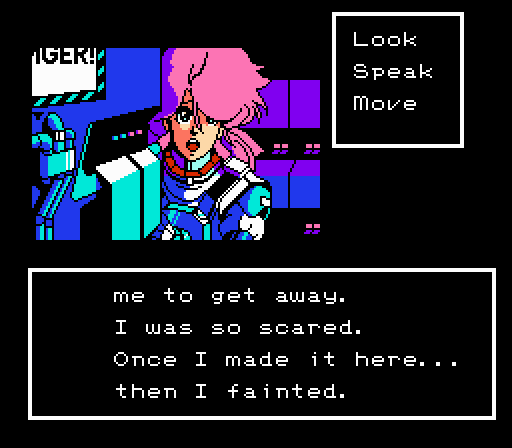 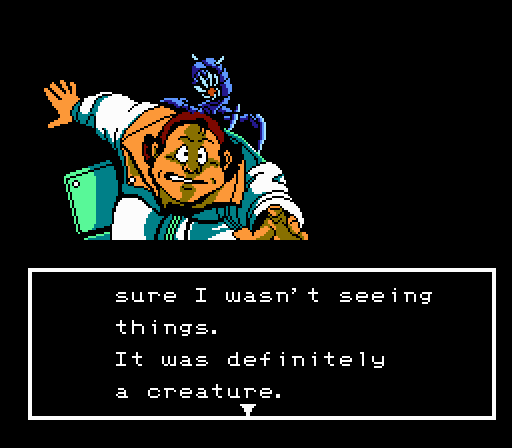 You’ll find clues, solve puzzles, acquire items and weapons, and of course, face off with the creature a few times (I don’t think I’m spoiling anything by telling you that). How to stop this seemingly unstoppable monster? You’ll figure it out. 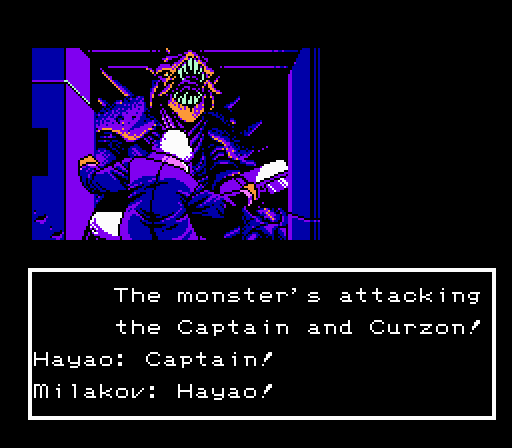 Jesus features some of the best cinematic-style graphics on the Famicom. Great ’80s-style anime art, and very colorful. The original PC88 version has even more detailed graphics, but the Famicom version definitely holds its own amongst other 8-bit console titles. 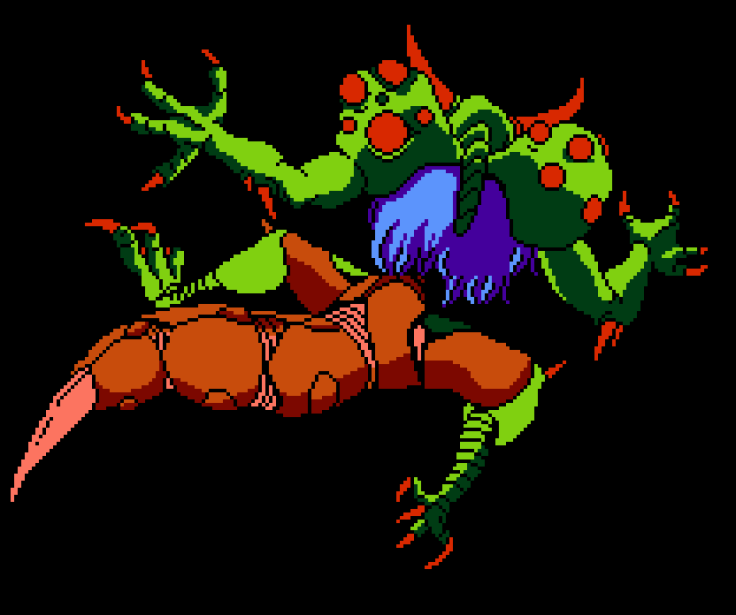 The gorgeous box and manual artwork is one of my favorite game packages — even the logo is cool!

Gameplay-wise, it’s pretty similar to Snatcher, Portopia, Famicom Tantei Club, and those sorts of games. You basically just try every menu selection to keep the game moving along. But the story is interesting enough and those graphics are worth playing the game for. The music, by Dragon Quest series composer Koichi Sugiyama, is pretty good, and features some attempts at ambient sound effects, although a couple rooms feature some harsh noises that you’ll want to mute while you’re in those areas.

Although Jesus was never released in the US, there have been at least a couple fan translations available as patches for use with an emulator. I used the one by Niahak, released back in 2012, which can be found here (find your own emulators and ROM, of course). It’s a nicely-done, user-friendly translation that I recommend if you aren’t fluent in Japanese (or aren’t up for some practice). I’ve seen Jesus NES repro carts available, but I don’t know which translation they use, so buyer beware.

A sequel, Jesus II, was released in Japan for the PC-8801, PC-9801, and X68000 computers. I haven’t played that one, so I’m not sure what the story’s all about or how it relates to the first, but it appears to feature excellent graphics once again.

With exploration, monsters, mystery, and even a little robot sidekick named FOJY (can you figure out why? Hint: this game was made by ENIX), Jesus should make for an interesting game for adventure fans to run through. The whole thing can be done in a couple hours, so it’s not super deep, but it’s the closest thing we have to Snatcher on the Famicom! 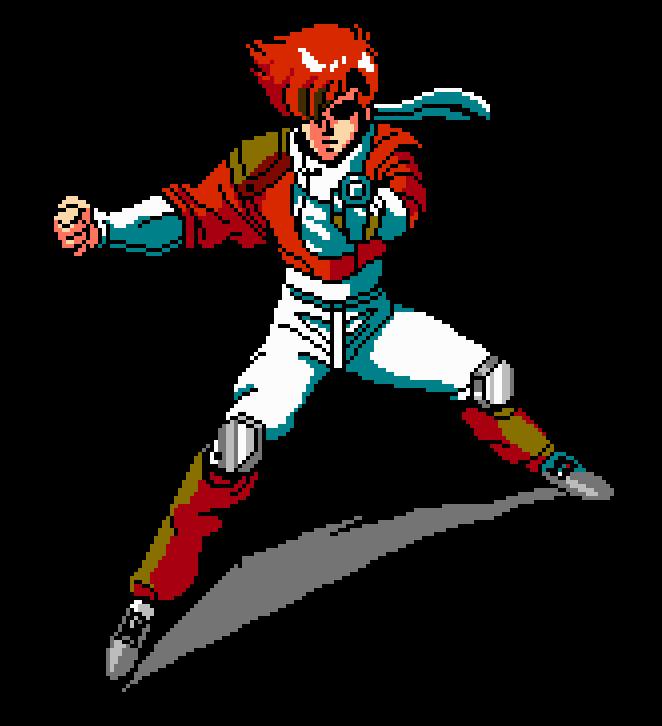