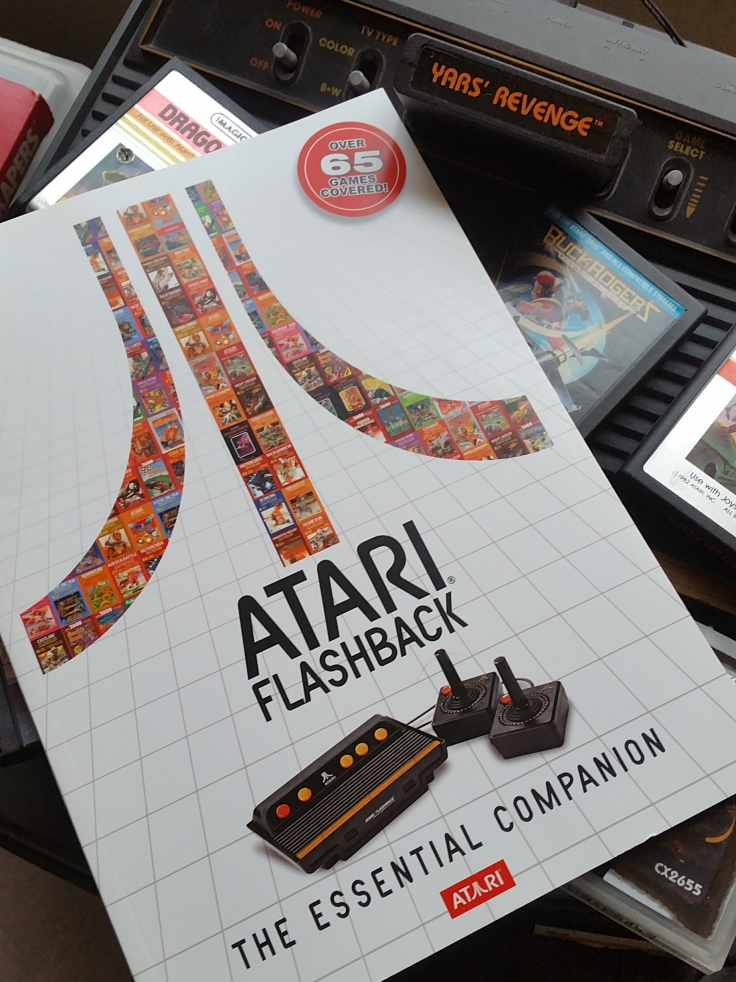 I stumbled across this book, Atari Flashback: The Essential Companion the other day and was surprised at two things: 1) That it existed, and 2) that I hadn’t seen anybody say anything about it anywhere. So of course, that meant I had to pick up a copy and check it out. For the blog! For you! For retro gaming! Let’s have a look, shall we? (Yes, let’s.)

Ostensibly a guidebook to the Atari Flashback consoles, this book from Prima is actually a nice guide to the Atari 2600 in general. It starts off with some history lessons about the original VCS, and continues on to cover the Flashback consoles (including the Portable, my article on which has actually been my most-viewed post of all time here on Retro Game SuperHyper). 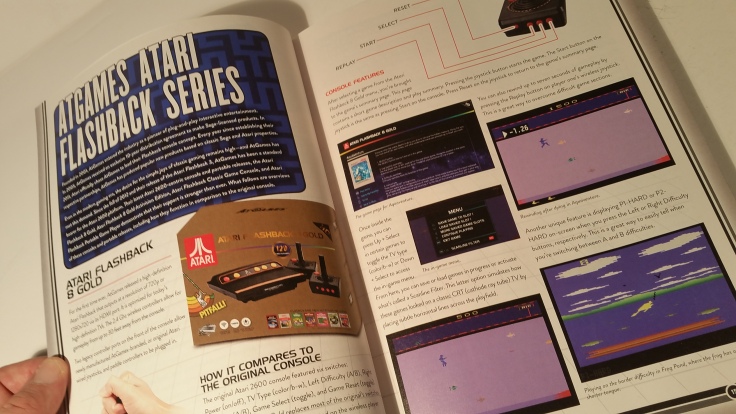 The rest of the book is a guide to dozens of classic 2600 games with histories, overviews, strategies, and fun facts. 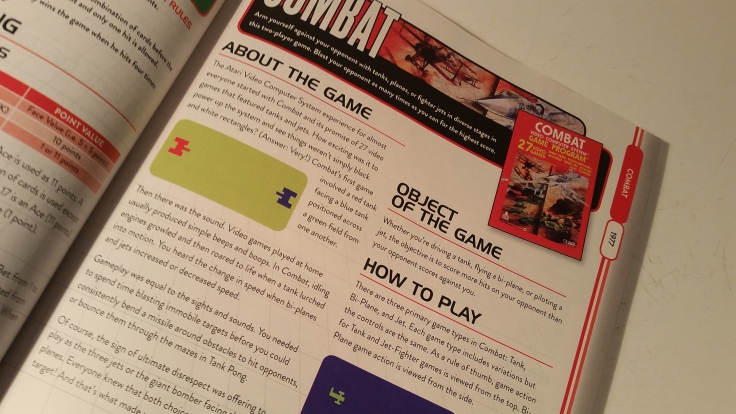 Each of the games covered also show original box art, catalog art, and advertisements too. Arcade ports often show some comparisons to their original versions, or at least shots of some flyers and cabinets. It’s really cool that they included so much ephemera to help put these games into some historical context. Those of us who were there at the time have massive nostalgia for these things, and all of that surrounding stuff was a huge part of the Atari experience, in much the same way as Nintendo Power was for the ’80s and ’90s Nintendo scene.

And here’s some really helpful stuff: the book dives fairly deeply into the SwordQuest games, giving an overview of the multi-game concept, the infamous contest surrounding it, and doing its best to make some sense of the games themselves.

I also have to mention that this is the first time I’ve ever seen the rare Stellar Track explained!

My only complaint is about the section on Adventure. With so much in-depth info on other games, why is Adventure kind of glossed-over? Why no maps of the catacombs or overview of the kingdom? Not that you can’t find all of that online, but this would have been a great opportunity to lay that game out in print form.

Being that this is a book on the Flashback, of course it only covers the built-in games that are found on that unit. I would love to see a hugely-expanded edition of this book that covered more of the 2600 library in general! It also only covers games that were originally officially releases — none of the prototypes or hacks that the Flashback consoles include are found within. That could probably be a whole separate volume on its own.

Anyway, overall this is a really great book and I’m appreciative that Prima took the time to put this out. Even if you don’t have a Flashback and just want a nice reference on that ol’ warhorse, the Atari 2600, it’s worth picking up.