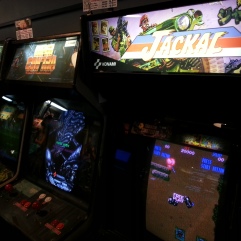 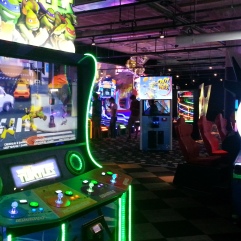 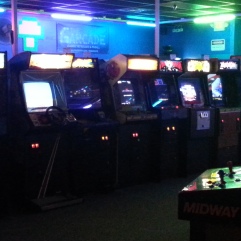 When I set off on my day-long arcade adventure to visit three arcades in the Chicago and Milwaukee vicinities, I was just expecting a fun day off filled with video games and food, and I figured I could maybe get a blog article out of each place I visited. However, on my way home from the last arcade, late at night, drained of energy and running purely on coffee, I came to realize that although the posts I would write about those three arcades were individual entities, there was also a fourth post asking to be written, relating all three places to each other.

See, what I realized after visiting Galloping Ghost, Level 257, and The Garcade is that there are many ways to approach arcade gaming in 2018, and while all three venues share the common bond of being public video game centers, they each provide a totally different experience.

I’ll try to explain why this struck me as important.

Back in the “golden age” of arcades — the early-to-mid-1980s, when arcades and arcade games were absolutely everywhere — they were all pretty much the same. They may have had a few different games here and there, but because video games were new and current at the time, you basically knew what to expect. There was going to be a few of the Pac-Man games, a couple of the Donkey Kong/Mario Bros. family, a couple laserdisc games maybe, and the usual assortment of popular and new releases from Williams, Sega, Gottlieb, Taito, Data East, Atari, Midway, et. al.

As arcades evolved into the ’90s, you were sure to find every fighting game (Street Fighter, Mortal Kombat, Virtua Fighter), a Neo-Geo or two, some crazy Sega cabinets like After Burner or Hang-On, a few gun shooters like Area 51 or Time Crisis, and probably some late ’80s games hanging on, like Final Fight or Rolling Thunder. And there was still probably a Ms. Pac-Man and a Galaga somewhere on the floor.

But as American arcades died out and entered a dark age with very few new releases, there was no such thing as a typical video arcade any longer. The actual video games in many mall arcades were replaced with ticket-puking redemption machines before being erased altogether. I suppose it was during this time that gamers themselves began amassing their own private collections filled with the arcade games of their youth, restoring and repairing them to keep the games, and the memories, alive.

So as the “retro gaming” resurgence started to take hold, and nostalgia for the arcade started coming to the surface and inspiring enthusiasts and corporations alike to open new arcades, different approaches to the concept of the video arcade began to emerge. And that’s what was so apparent to me after visiting these three establishments. Each one had a totally valid and appealing approach, but they were all so very different. 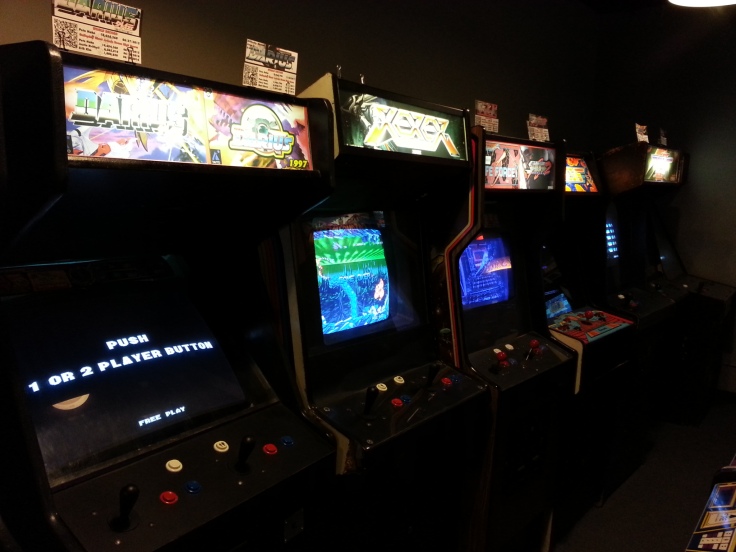 Starting at Galloping Ghost, we clearly have a “hardcore gamer” mentality in charge here. There are plenty of well-known classics to play, but just as many little-known rarities that even well-seasoned quarter-tossers may never have heard of. Japanese games that never saw US releases are in abundance, and GG even has their own production department to create their own games. The Ghost also crams as many games onto its floor as possible, in some cases actually making it difficult to move around, and a lot of JAMMA-based games are put into bare-bones cabinets just to get them out and playable. This arcade feels like the work of a dedicated collector who really knows their stuff, and wants to share it with everyone else. I don’t know Galloping Ghost owner Doc Mack personally, but I’m pretty sure he’s that type of guy. As I mentioned in my article, casual and nostalgic players can come here and play Donkey Kong, and real arcade junkies can come here to dive into the rabbit hole and find almost everything they’ve ever wanted to try. So Galloping Ghost’s mottos could be more is better, and play ’em all! 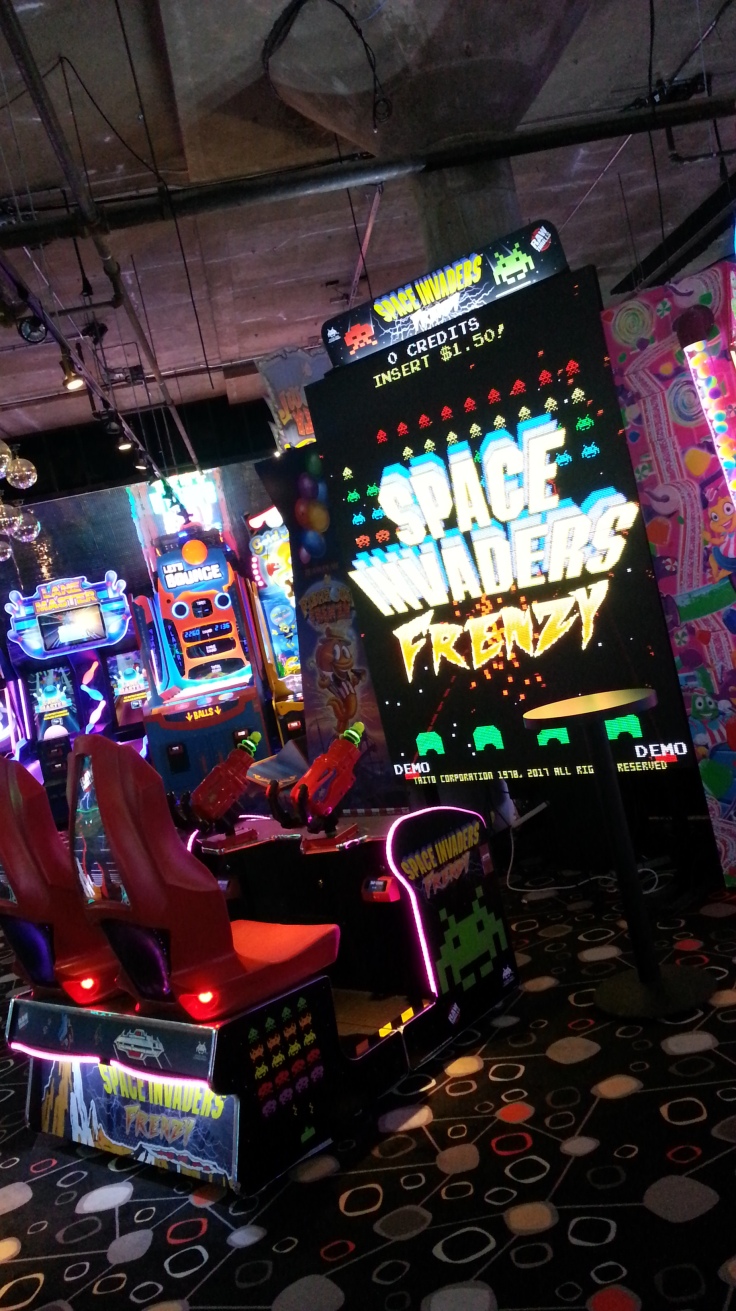 Next, we checked out Level 257, operated by Namco. I hesitated to title this article with my “Arcade Pilgrimage” label, because it wasn’t 100% about the arcade; rather, it’s a restaurant-slash-entertainment establishment, and the arcade is just a part of it. (I also went here because I was hungry.) But the games were a major part of why I went, and while I was skeptical at first of the flashy, oversized, redemption-equipped devices that were at the forefront of the game area, further examination revealed a really worthwhile arcade here. The game room is dominated by those huge, expensive, brand-new arcade games, such as The World’s Largest Pac-Man, Space Invaders Frenzy, Star Wars Battle Pod, a 4-player Mario Kart DX, and the new TMNT. Much has been written in the past 10-15 years about how, since home consoles can now replicate any classic arcade game you’ve ever played, arcade games these days have to be all about the experience you can’t get at home — such as sitting in that Star Wars pod and flying your Snowspeeder or getting behind the force-feedback-equipped gun on Space Invaders Frenzy — and that’s what you get here. But they also had a great array of ’80s classics and pinballs which were all in very nice condition. This, I felt, is what you get when a corporation — especially a game corporation, like Namco — puts their muscle behind an arcade. You get the latest, biggest, wildest arcade experiences, many of which are actually quite fun, despite the fact that they’re made to vacuum the money right out of your wallet even if you’re good at them. And even for a jaded gamer like me who just expects to play some Centipede or Asteroids at the arcade, it only takes one round on one of those huge new machines to remind you why you used to leave the house to play video games. They are very fun experiences, and reminded me of when the arcades of my youth would get a cool new game like a M.A.C.H. 3 cockpit and it was a whole new adventure that you couldn’t get at home, and couldn’t wait to get back to. 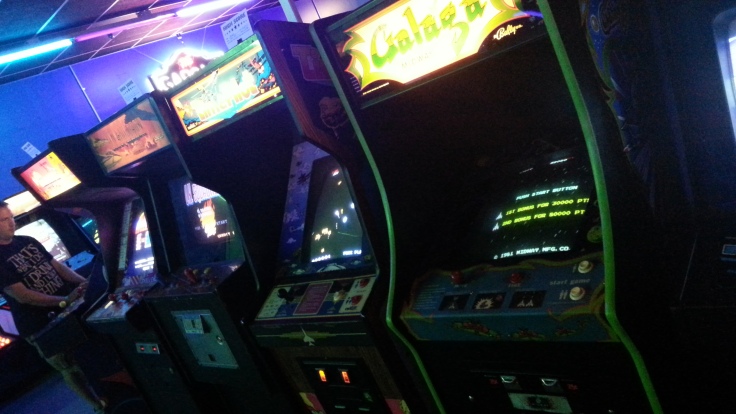 Finally, there was The Garcade. To put it plainly, this is an arcade that recaptures the Golden Age. It’s not so big as to be intimidating, but it’s certainly not small enough to be underwhelming. It’s a really well-curated array of all the classics we old-timers remember, presented with the ambience that we remember so fondly. As I mentioned in my writeup, this is the real deal — the closest I’ve felt to one of those arcades from my youth out of all the places I’ve been to. And even though it feels made for that purpose, it’s also family-friendly enough for all ages to have fun and experience what gaming in an arcade is all about, even if they weren’t around in the ’80s. The Garcade seems to be saying, “this is how it used to be, and there’s no reason it can’t still be that way.”

So the big question: Which one was my favorite?

I really didn’t have one. Honest.

I had a blast at all three. I appreciated the differences amongst all of them and the various ways they presented arcade games both old and new, and I would love to return to each of them anytime. I’d hit Galloping Ghost to spend a day playing rare games. I’d bring my wife to Level 257 for lunch and some over-the-top fun. I’d pop down to The Garcade for a nice afternoon of classics, and I’d definitely bring my kids and say “Hey, you know how I’m always saying how great arcades used to be? This is it.”

And of course, these are only three examples; they all differ greatly from Funspot/ACAM, Ground Kontrol, and every other game center currently trying to keep the arcade experience alive through their own translations. They all have their own style, and that makes arcades today maybe even more interesting than the ones we grew up in.

Thanks for reading my thoughts, and I hope you enjoyed seeing my adventures. I’d love to hear your take on this subject, as this definitely is not the end of the story. There are many, many more ways to put together an arcade, more types of crowds to cater to, more reasons to get gamers to leave the house. With these three different variations, what other ways could we build an arcade? What do YOU want out of an arcade? What arcades do it right, or do it wrong? Leave some comments!