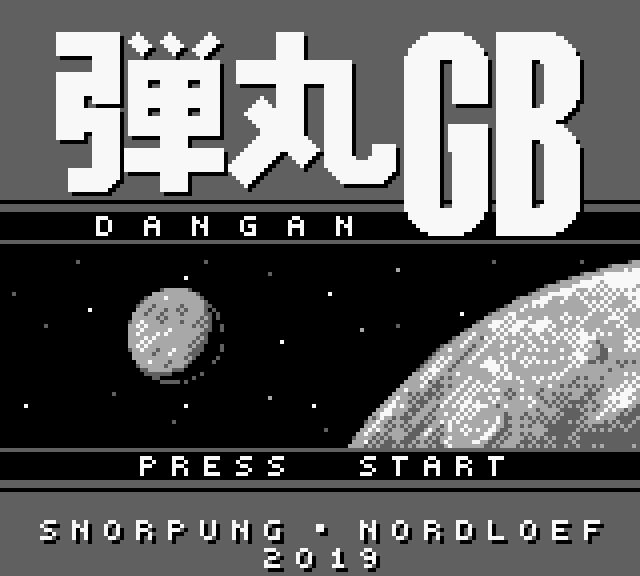 Dangan is a new homebrew Game Boy game made by two individuals known only as Snorpung (code, graphics, and design) and Nordloef (music and FX) in honor of the Game Boy’s 30th anniversary. And believe it or not, it’s a bullet-hell shootemup!

The game is a simple, six-level boss rush, and the only controls you have are a standard shot, and a bomb which wipes out all the enemy’s bullets. No power-ups, just weave through the bullets and shoot the core. What’s amazing, of course, is the number of projectiles on the screen at once; for the old 8-bit Game Boy, this seems like it’s more than it should be able to handle, but the hellfire flies with no issues whatsoever.

Such simple and pure gameplay makes Dangan a lot of fun and easily accessible for shmup fans. The bosses are cleverly programmed, too: just when you think you have their movement and firing pattern figured out, they change it up on you, and you have to figure out a new strategy.

I haven’t made it all the way through the six stages yet, but it’s fun and addictive enough to make me want to!

The enemies get larger as the game progresses — again, impressive that the GB is handling all this without a hitch. Throw in an anime cutie at the completion of each level, and we’ve got a fun little game that I would have gladly purchased on a physical cart.

Dangan is free to download as a Game Boy ROM, and works with any good emulator. It should also work on original hardware, should you have an Everdrive or something similar; I can’t imagine tolerating this on an original gray brick, but perhaps on a later GB-compatible device like a GBA SP or a DS. The .zip file comes with a PDF manual as well. 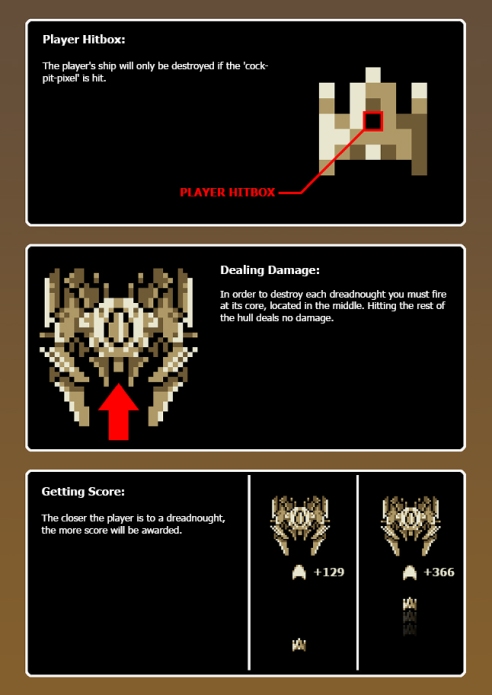 All in all, you’ve got pretty much no reason not to check out Dangan. Play it on your PC, your Retro Pie, or an original GB unit if you can! Big thanks to Snorpung and Nordloef, whoever you are, for this great freebie!