A tale of two Star Foxes

Sometimes, things get confusing in this hobby. Especially with videogame titles! Occasionally a game’s name or even content has to be changed depending on the region in which it’s being sold. This can be due to copyright issues, cultural standards, or marketing-based decisions by the publisher. Other times, you run into a situation like what I’m talking about today: in which a kickass, revolutionary, and popular game has the unfortunate privilege of sharing its name with a rightfully-forgotten piece of crap that probably actually directly contributed to the infamous 1983 crash of the whole home videogame market.

I present to you: Star Fox and StarFox.

We begin with Star Fox (note the space between the two words), a game for the Atari 2600 released in 1983 by Mythicon.

Mythicon is infamous among Atari fans for producing only three games, which were retail priced at $9.95 (when top titles were closer to $30), and all three of them were terrible. They came packaged in boxes that were smaller than the standard size of most 2600 titles — just big enough to hold the cart and a manual — perhaps to emphasize the “budget priced” nature of their business model. The fact that the price of $9.95 was actually printed right on the box really drove that point home, too. Well, you get what you pay for — and truth be told, Mythicon’s games weren’t even worth ten bucks.

Star Fox is sort of a Defender wannabe, in which you pilot a ship back and forth across a sort-of-but-not-really-scrolling background, shooting enemy ships and collecting crystals from the bottom of the screen. It sounds fun in theory, but in execution it’s pure hot garbage. 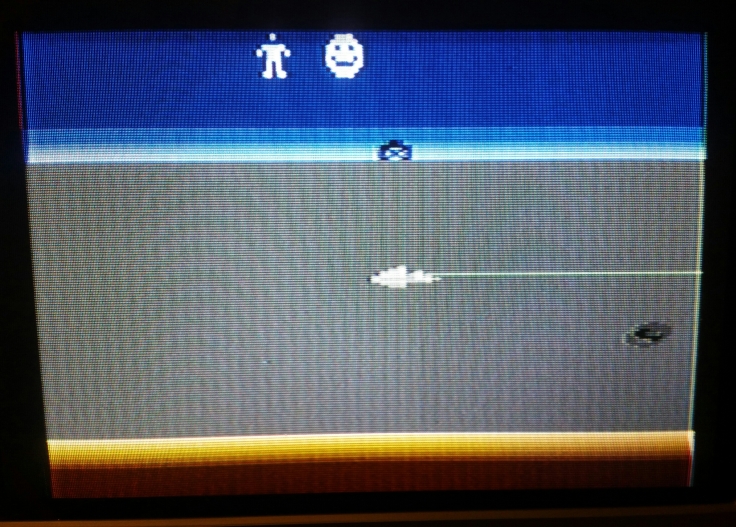 The package for Star Fox claimed that it was “Game 1 in the Star Fox series,” but then again, all three of their games claimed that they were “Game 1 in [their respective] series,” their other two releases being Fire Fly and Sorcerer.

Clearly, either Mythicon had ambitions beyond their capabilities, or just wanted us to think they did. None of their games were good enough to warrant sequels by any stretch of the imagination. Anyway, I wonder if younger collectors who stumble across Star Fox are confused, thinking maybe that it was the origin of Nintendo’s StarFox series that we all know and love today. It wasn’t.

Then we have StarFox (no space), which needs no introduction but I’m here to write a blog so I have to say something about it. StarFox is, of course, the famous title from Nintendo that showed off their new SuperFX chip that allowed the Super Famicom/SNES to handle rudimentary 3D polygon graphics. The title screen alone is better than the entire game of Mythicon’s Star Fox. Nintendo’s StarFox features fun gameplay with appealing characters, and actually is the first game in a series that is loved by millions of gamers and continues with new entries to this day.

Clearly there is no relationship between the two games, other than their title. But I guarantee that somewhere out there is an underinformed collector trying to convince everyone that the adventures of Fox McCloud actually started on the Atari VCS.

BUT WAIT…there’s more! While I mostly focus on console and arcade games, I must mention that there was also a game called Starfox (no space, no capital F) released in 1987 for home computers such as the ZX Spectrum and Commodore 64. This was a cockpit-view shooter which got middling reviews and was part of a series of similar games with “fox” in the title, such as Skyfox and Arcticfox. Again, no relation to the other two games, but it was believed that a copyright for this game still existed, and that was why StarFox was renamed “Starwing” in Europe. Apparently, the truth is that StarFox was renamed to avoid conflict with a German tech company named Star Vox, although later entries in the series retained the StarFox name after all.

AND AND…there was a Marvel Comics character named Star Fox, and a 1965 science fiction novel called The Star Fox…and…why did I start writing this again??

Oh, and one last thing — don’t get Star Fox, StarFox, or Starfox confused with Solar Fox, which was a Midway arcade game that got ported to the Atari 2600 by CBS.

Research for this post taken from Nintendolife and Wikipedia. Mythicon Star Fox box image from AtariAge.