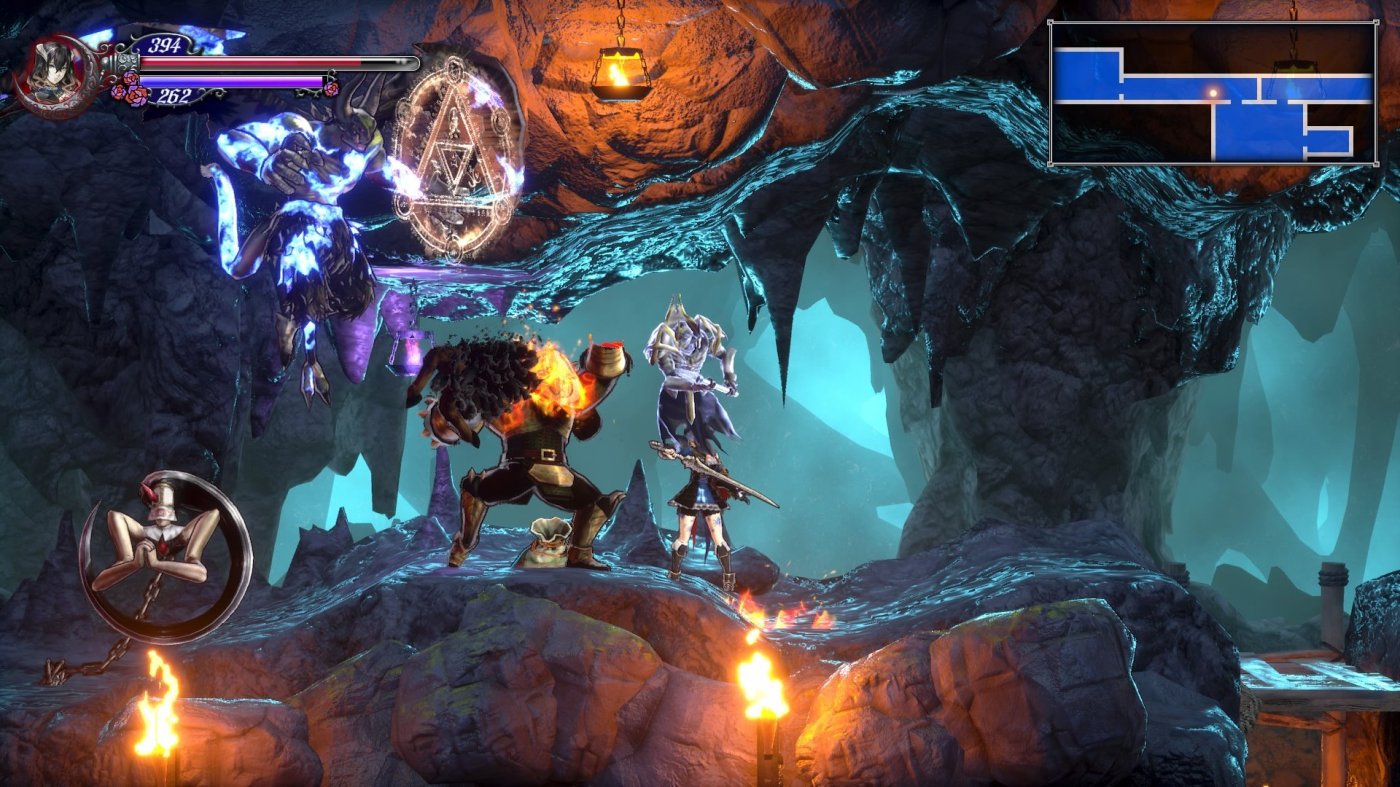 Man, June was a heck of a month for games! Considering I don’t buy a ton of new games these days, any month where at least three new titles are must-haves for me is some sort of record. So what are we playing?

The one taking up my time right now is Bloodstained: Ritual of the Night. Yes, Koji Igarashi’s new baby was finally delivered on June 18, and unlike other Kickstarted projects by respected designers that we won’t mention, it was received very warmly by gamers. (I actually don’t know how it reviewed by the gaming press — I’ve been too busy playing it and talking about it with other gamers to bother reading any.) I love the game and I had to laugh a bit at naysayers who thought it wouldn’t be good — it’s basically Castlevania Symphony of the Night again (with a good dose of Order of Ecclesia), but with a cool new protagonist in Miriam and some fun systems to tinker with. I’ve taken my time with it and as of this writing, I’m at about 80% of the castle completed. 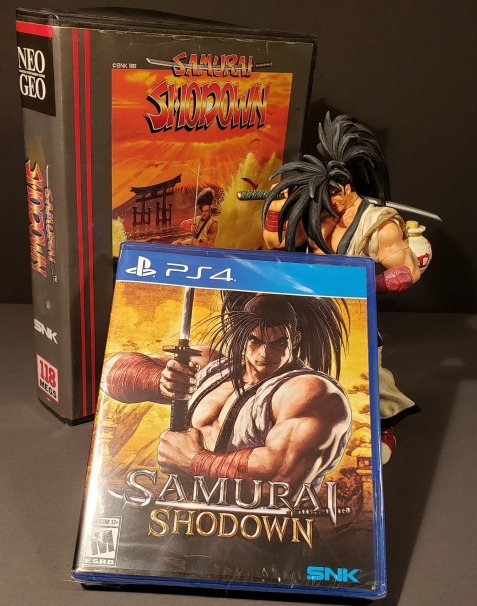 The other major release for retro game fans was the new Samurai Shodown, which SNK dropped on the 25th. I would rank Samurai Shodown as my second favorite fighting game series (closely following Darkstalkers), so as a fan of the series and of SNK I was very excited for the reboot. And that’s pretty much what it is — it’s very much to Samurai Shodown what Street Fighter IV originally was to SFII: a modernized version of the original. I’m also really happy to see how much marketing SNK is throwing behind this game, as there are even pop-up stores in Tokyo selling Samurai Spirits merch until mid-July. Check out the Samurai Spirits boutique currently at the Akihabara Container shop in this video by Kid Shoryuken:

As I mentioned in my SNK 40th Anniversary Collection article, SNK is really making an effort to get noticed again these days and I love seeing it. Anyway, I haven’t gotten to spend as much time with SamSho yet thanks to Bloodstained, but I’m really looking forward to getting into it. I don’t know how online matching works on it yet, but if you wanna slap me around (which you probably will — I said it was one of my favorites, I didn’t say I was any good at it), my PSN name is RGSuperHyper, so feel free to add me (send a message with your request saying you read RGSH though)! 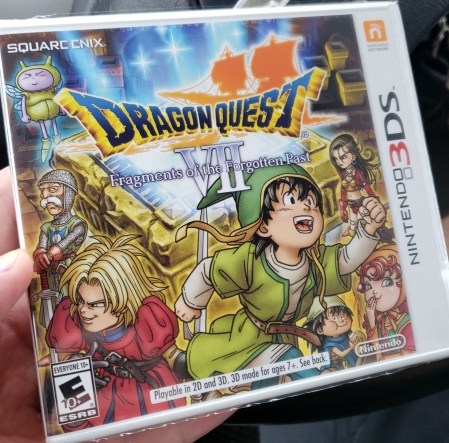 Although not a new release, I also happened to pick up a fresh, sealed copy of Dragon Quest VII for the 3DS. This remake came out a few years ago and it hard to find new, but seeing as it was missing from my collection and I’d never played it, I got the bug to track down a copy. I’ve been playing it on the go and it’s pretty fun so far! 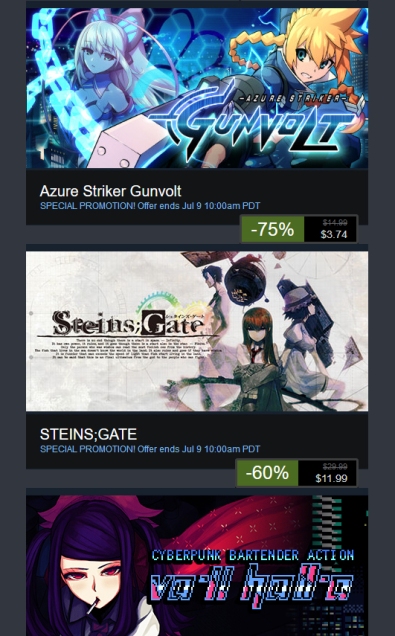 Lastly, on June 29th, Steam launched their summer sale, and a few titles I’ve had my eye on were available cheap! I grabbed Azure Striker Gunvolt, Steins:Gate, and VA-11 Hall-A for some serious discounts. Looking forward to trying all of them. 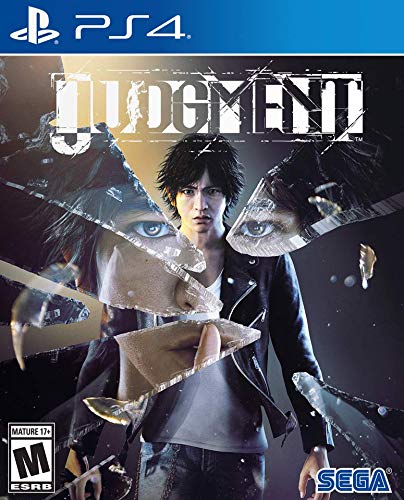 What else could I possibly want? How about a new spinoff of the Yakuza/Ryu ga Gotoku franchise? Yes please! Sega released Judgment (called Judge Eyes in Japan) on the same day as Samurai Shodown. We’re back in Kamurocho yet again, but this time we play on the side of the law, as a detective investigating — you guessed it — murders involving yakuza. Although I’m a Yakuza series veteran going all the way back to the very first game on PS2, I haven’t picked this game up yet, but it’s definitely next on my list.

And speaking of Sega, HAVE YOU SEEN THIS?! Just last week, Sega dropped a bomb with the sneak announcement of a game called Sol Seraph, which for all intents and purposes looks like a straight-up love letter to ActRaiser.

Followers of this blog may remember that ActRaiser is one of my all time favorite games ever ever ever EVER, and I am so pumped for Sol Seraph — especially as it’s being released on my birthday, July 10! Thanks Sega!!

So, I have lots to play for the summer, but for now, back to Bloodstained with a side of Dragon Quest. What are YOU playing?