This is a pretty simple gadget, and this will be a very short review, so I’ll get straight to the point: this was a great idea.

First, full disclosure: I purchased this product myself, it was not sent to me for review, I am not getting compensated for this, and My Arcade doesn’t even know I’m writing this or who I am.

My Arcade, the company known best for making widely-available, mid-priced mini arcade games (such as the Elevator Action unit which I did a video on) and their “Pocket Player” line of handhelds, has surprisingly dipped their toe into the more hardcore gamer pool and released a Famicom-to-NES cartridge converter, as well as a Super Famicom-to-SNES adapter. While their 16-bit converter is much the same as any other SFC/SNES cartridge extender that has come out of Asia in the past 30 years, this FC/NES adapter is a brilliantly-designed accessory that, quite frankly, I’m shocked nobody has come up with before.

We old-timers are all used to the classic Honey Bee adapter and its multitude of imitators: a small chunk that’s attached to a 60-pin Famicom cartridge, and then the whole assembly is inserted into a 72-pin NES so that American otaku can play 8-bit RPGs they can’t read and a cooler version of Contra with cutscenes and wavy trees. This type of converter usually has a ribbon that is left hanging out of the NES door so that it can be removed. It’s also a fairly fragile and delicate item, with any misalignment or nudge resulting in a frozen game, or the dreaded blinking red light. 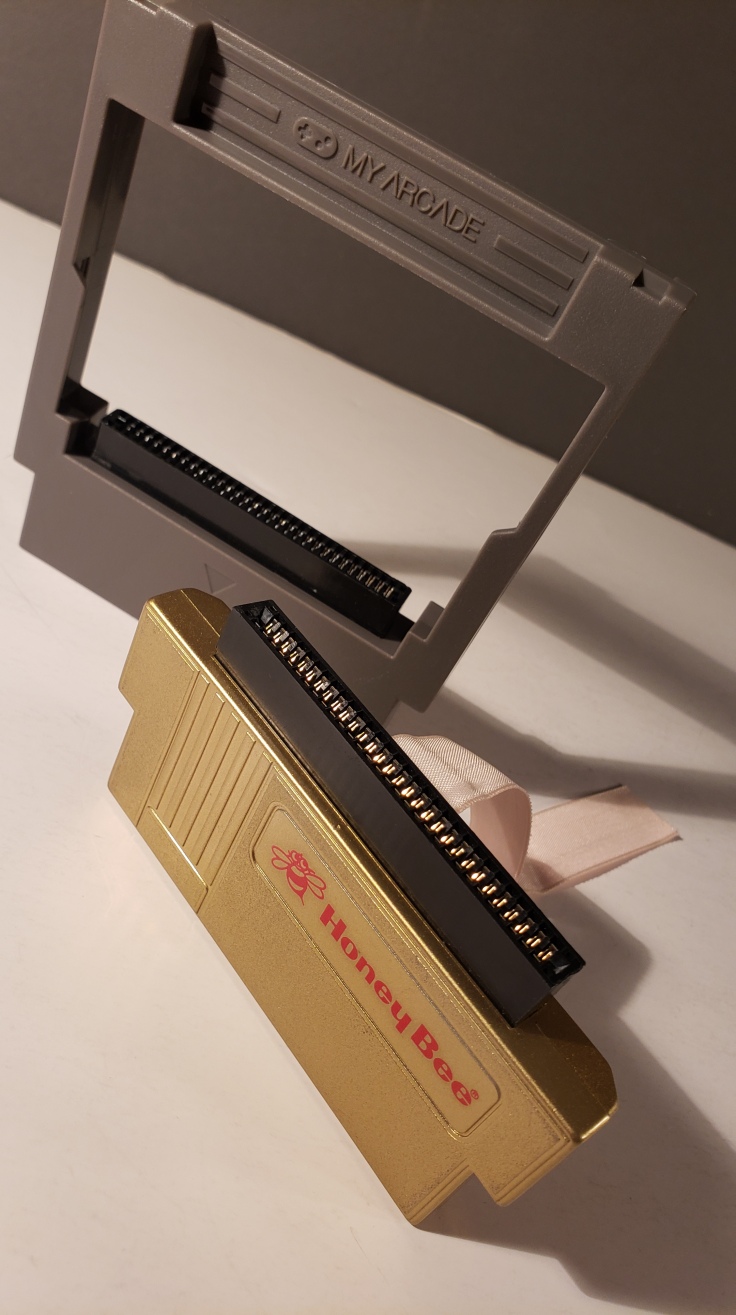 Enter this new My Arcade FC/NES converter. Shaped more like the silhouette of an NES cartridge with a Famicom-cassette-shaped opening, it improves on the old standard Honey Bee design in a couple of ways: One, it basically creates a nice, solid, NES cartridge that’s easy to insert and remove and greatly reduces the risk of misalignment or edge connector breakage; and two, it’s “reversed” from previous converter architecture, allowing the cartridge label to face up/front (depending on which type of NES you’re using it on). The HoneyBee required the Famicom cartridge to be inserted “backwards,” so that its label faced down in your toaster/away in your top-loader. 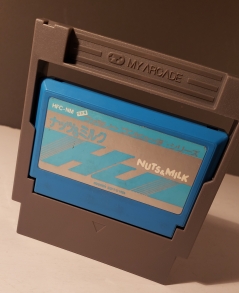 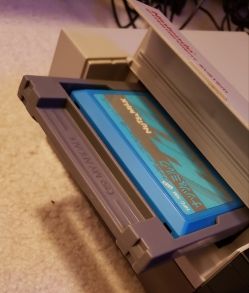 I tested it with a few different games in my original NES, and they all worked flawlessly. 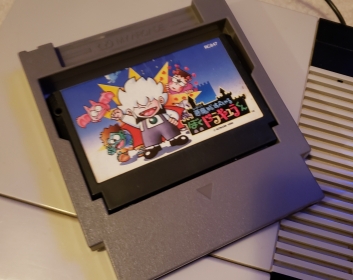 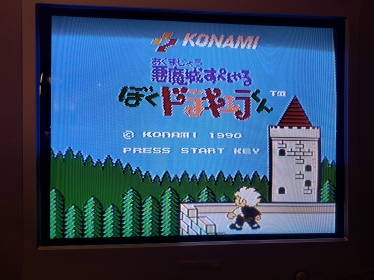 It also worked fine in my Hyperkin Retron HD with Super Mario Bros — and looked pretty cool, too!

However, as I mentioned in my review of the Retron HD, not all Famicom games seem to be compatible with that particular unit (I had trouble with some of them using my Honey Bee), so I would assume as this is still just a 60-to-72-pin adapter, those issues will still remain. But any Famicom cartridge will be fully compatible with any original NES console.

One thing to note is that the back of the box does state, “Not compatible with Famicom JUMP cartridges.” 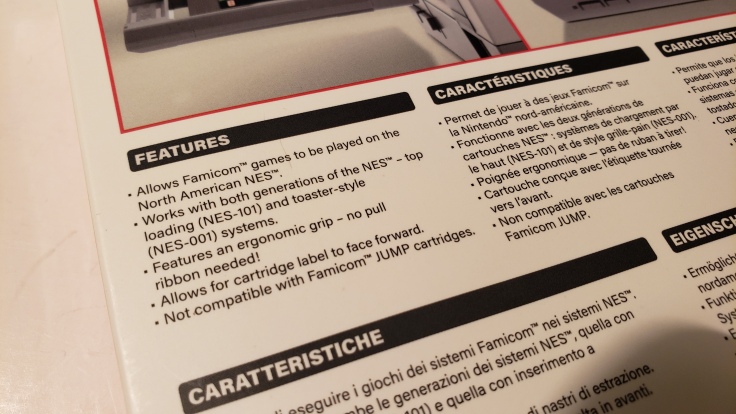 As I no longer have any of the Famicom JUMP games (I used to have the first one, but sold it off long ago), I can only assume the reason is because the larger, non-standard-shaped cartridge just won’t physically fit into the converter’s opening.

If that’s the case, then one would assume that some of the other Famicom cartridges that used extra chips and therefore were housed in larger-than-usual cartridge shells, such as Punch-Out!!, Final Fantasy I&II, and Metal Slader Glory, wouldn’t fit, either.

Other than that, there’s not much else to really test or say about the My Arcade Famicom-to-NES Cartridge Converter: it’s a functioning adapter, like the multitudes of others that have been released since the ’80s, but the reliable design and ease of use of this one cannot be stressed enough. It’s just perfect. And being a My Arcade product, it’s readily available brand-new, and super affordable at only $15! Fellow retro gaming gear manufacturer Hyperkin also has a Famicom-to-NES converter, but they went with the old style like all the others.

So cheers to My Arcade for breaking the mold and coming up with this excellent design — I really think if you’re a Famicom/NES enthusiast, or even just curious about getting into Famicom games, you should NOT pass up this extremely handy piece of kit.