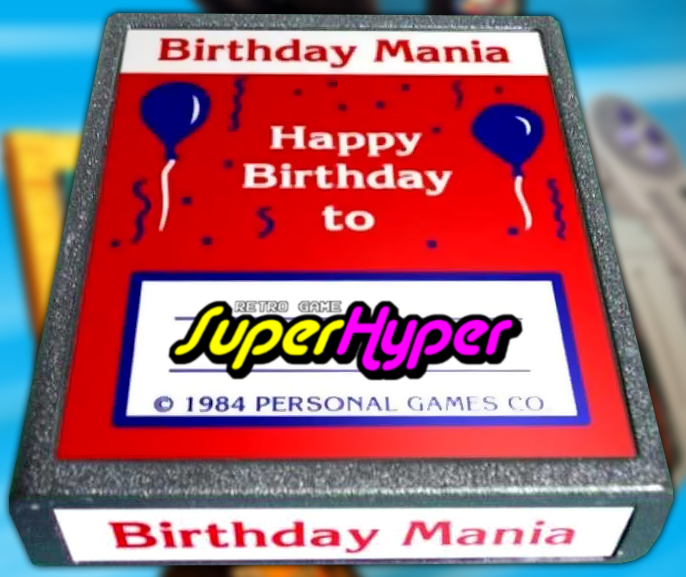 When I started the blog on October 16, 2016, I wasn’t sure how long it was going to last. Six months? A year? Two, five years? I wasn’t sure when I was going to run out of stories to tell or stuff to talk about. Turns out that wasn’t a problem, as we’re about to enter year three and I still have plenty of ideas!

The past year has seen a bit of growth in the RGSH name, between adding the Twitter account and putting out new t-shirts (as well as bringing back some classic tees from my past designer days). I’m happy to say that I still love doing the blog and the old stories keep on coming as I find topics to write about. At this time last year, I was feeling that the blog was a bit Nintendo-heavy, and it’s been a conscious effort to make sure I talk about more Sega, PC-Engine, Neo-Geo, Atari, arcade, and other brands. I think I’ve done a pretty good job of that, without leaning too far into one category or another.

For those of you wondering about the second issue of the RGSH fanzine, my plan was always to launch it on the site’s anniversary; unfortunately, this one is encountering some delays. Rest assured that issue 2 is on the way, the cover art is finished and it’s being laid out as we speak! I will let you know as things wrap up; I’m hoping it’s not too much longer, so thanks for your patience. It’s gonna be really cool.

As always, I’m toying with lots of ideas — there are possibilities of helping with gaming events and expos, more publishing, maybe even getting involved with actual games. Nothing solid that I’m ready to talk about just yet, but the gears are always turning! I’m also thinking about doing more with YouTube, and possibly a Patreon setup. Whatever it is, you’ll see it here.

Retro Game SuperHyper is just my corner of the classic gaming community, but I happen to think it’s pretty good stuff. Thank you so much for visiting and supporting it, whether it’s here, on Instagram, Twitter, Facebook, wherever.

I’d also like to wish the crew at my old site, the Metroid Database, a very happy 22nd anniversary today!